"We Care with a Difference"

The St. Paul Surigao University Hospital (SPSUH) is a brainchild of Sr. Marie Rosanne Mallillin, SPC, and the president of St. Paul University Surigao. Due to the increasing number of morbidity and mortality of common-breed illnesses and the absence of well-equipped and furnished health care facility, were some of the reasons why this hospital came to life, a dream come true.

December 4, 2014
Ground breaking of the hospital site was blessed, officiated by His Excellency Bishop Antonietto Cabahog, DD. He was assisted by Sr. Lilia Therese Tolentino, SPC Provincial Superior of Sisters of St. Paul of Chartres. Members of the Academe, friends, benefactors and students were also present to witness the occasion.

September 3, 2016
Soft blessing of the ground floor which includes the Emergency Room, Outpatient Department and other Ancillary Services took place to celebrate the 100 years of SPUS

January 28, 2017
Grand Blessing of SPSUH was done as part of the preparation for the DOH inspection.

February 10, 2017
Magnitude 6.7 earthquake struck the city, destroying the facade of the hospital and damaged the first floor housing the Pharmacy, ER, lobby, Admitting, Business office and part of the Laboratory Department. The scheduled inspection of the Department of Health slated on April 20, 21, 22, 2017 was cancelled.

February 16, 2017
Dr. Paulyn Jean B. Ubial, the secretary of the Department of Health visited SPSUH and proposed that the hospital applied for and opened as a temporarily Birthing Home, while reconstruction and rehabilitation of the affected area were going on.

February 20, 2017
SPSUH Birthing Facility was licensed to operate upon completion of all the DOH and PhilHealth requirements.

April 18-19, 2017
Inspection by the Department of Health for licensure of the Hospital was done by the 4 members of the DOH licensing team namely:

May 8, 2017
St. Paul Surigao University Hospital was granted the official permit and license to operate by the Department of Health as a Level II hospital with an authorized compliment of 60 beds. It opened its services to cater the health needs of the Surigaonons with a tag line: 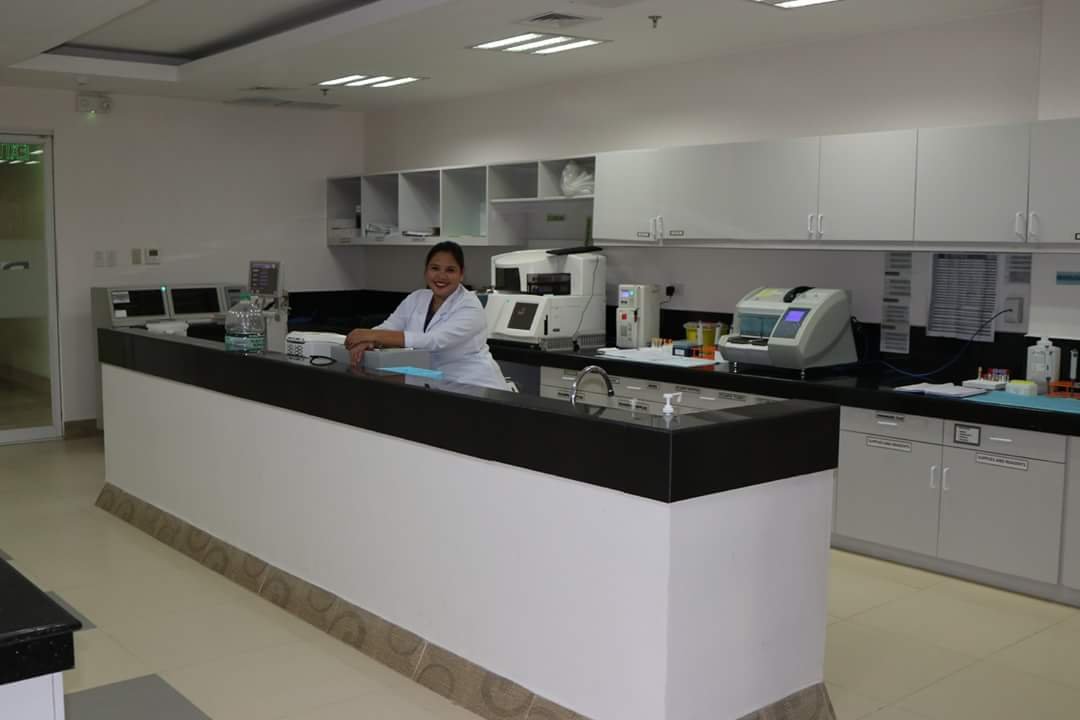