Sisters of Saint Paul of Chartres

The Congregation of the Sisters of St. Paul of Chartres is an institute of apostolic life in the Church. Founded in 1696 in France by Father Louis Chauvet, parish priest of a small village, Levesville-la-Chenard, they were called to Chartres by the Bishop, Paul Godet des Marais, given the name Sisters of St. Paul, with St. Paul the Apostle as their Patron and the Blessed Virgin Mary as their Model and Protectress. Dedicated to education, care of the sick and ministry among the underprivileged, the Congregation of more than 4000 sisters today serve in 32 countries in six continents of the world.

Today, more than 462 Filipino Sisters of St. Paul run 60 houses in the country with 40 schools, 14 health care facilities, 6 pastoral centers and 10 houses under the Provincialate. Fourty- three houses are in Luzon, 11 in the Visayas and 12 in Mindanao. Several Sisters serve the greater Church in various capacities as managers and organizers of Church Programs. Under the Catholic Bishops' Conference of the Philippines, they assist at the Family Life Ministry, Ministry among Migrant Workers, Religious Education, Catechetics, formation of campus ministers and catechists, advocacy work for indigenous groups, and communication media. With the Association of Major Religious, they look to the promotion of women, street children and other marginalized groups. Fifty-eight Filipino St. Paul Sisters serve in 18 mission countries which include Central Africa, Peru, Brazil, Colombia, France, England, Ireland, Italy, Thailand, Hongkong, Canada, the United States, Hawaii, Indonesia, East Timor, and Israel.

Teachers, healers, pastoral workers, missionaries, servants of the Church - this is the Philippine Province of the Congregation today.

(Bread for the World) 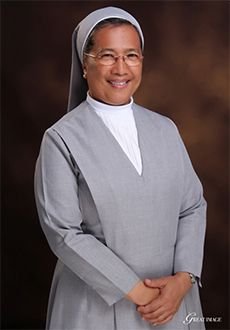 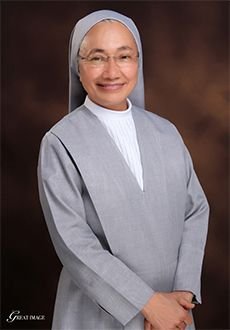 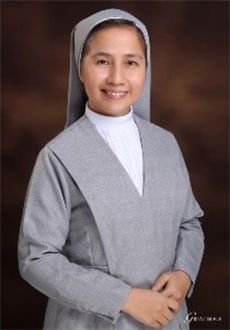 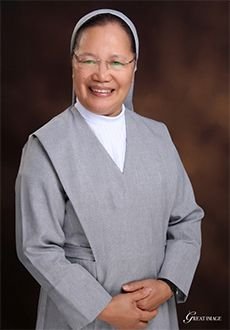 "By our Baptism and our religious consecration, we commit ourselves to carry on His mission of healing and liberation, and of helping everyone find the way to life and abundance..." (CA 2001 p. 27)

"By our Baptism and our religious consecration, we commit ourselves to carry on His mission of healing and liberation, and of helping everyone find the way to life and abundance..." (CA 2001 p. 27)

1. To faithfully proclaim God’s love through compassionate care
2. To uphold the Bioethical principles and teachings of the Catholic Church
3. To develop competencies of health care professionals for integral growth and strengthen partnerships in education, training & research
4. To pursue value innovative and socially responsible health care services at par with global standards for sustainability
5. To assure that Christian stewardship and good governance are practiced

SPHCM shall encourage our stakeholders to align with our defined character and culture through the core values with the acronym “CARE” which stands for the following:

Capacity and readiness to suffer with those who we see suffer; to feel one with the suffering and those in pain; to be moved from one’s deepest interiority, "may pagmamalasakit”.

Showing appreciation towards the value of the other person; manifest a differential regard for the values, principles and belief of others.

SPHCM shall encourage our stakeholders to align with our defined character and culture through the core values with the acronym “CARE” which stands for the following:

Compassionate Care for the Marginalized

Our SPC charism impels us to be all to all with special preference for the marginalized. Those who are deprived of their rights, opportunities and resources. Our goal is inclusiveness.

(SPC Spirituality, Identity, Mission) Training & Development/HR
We ensure that Holistic Formation of our Sisters, Medical Staff & Personnel will be taken with dynamism and commitment. A clear definition of our SPC Spirituality, identity & mission is an important component of this performance area and forms the basis of our culture building. This is our mission of Evangelization. Evangelization will emanate and permeate all our programs. Proclamation of the WORD and WITNESSING.

We ensure quality care and safety of patients through evidence-based clinical decisions and programs benefitting NOT only patients but providers as well. We deliver innovative, efficient and effective health care services through state of the art technology, training, research the continuous quality improvement on internal processes.

DYNAMIC Involvement with the concern of the CHURCH/ SOCIETY/ Corporate Social Responsibility to the Community at large.
We commit towards the promotion and protection of human life and adhere to the Bioethical teachings of the Catholic Church. We will be vigilant and zealous in promoting honest governance in society, the care and protection of the environment and the financial sustainability of the institution.

Alliances/ Partnerships
We develop global partnership for connectivity, for seamless and borderless Health Care Services. We will be globally competitive through benchmarking and implementation of world-class standards, best practices and competencies.

We maximize our overall effectiveness as members of the SPC Health Care Ministry operating as a unified hospital system.